The League of Women Voters supports the combined Freedom to Vote: John R. Lewis Act, a bill that protects and expands the right to vote, decreases the influence of money in politics, and curbs partisan gerrymandering. The Freedom to Vote Act protects and expands ballot access for millions of Americans, especially those who are often targeted by anti-voter laws — voters of color, voters with disabilities, formerly incarcerated voters, women voters, young voters, and elderly voters. 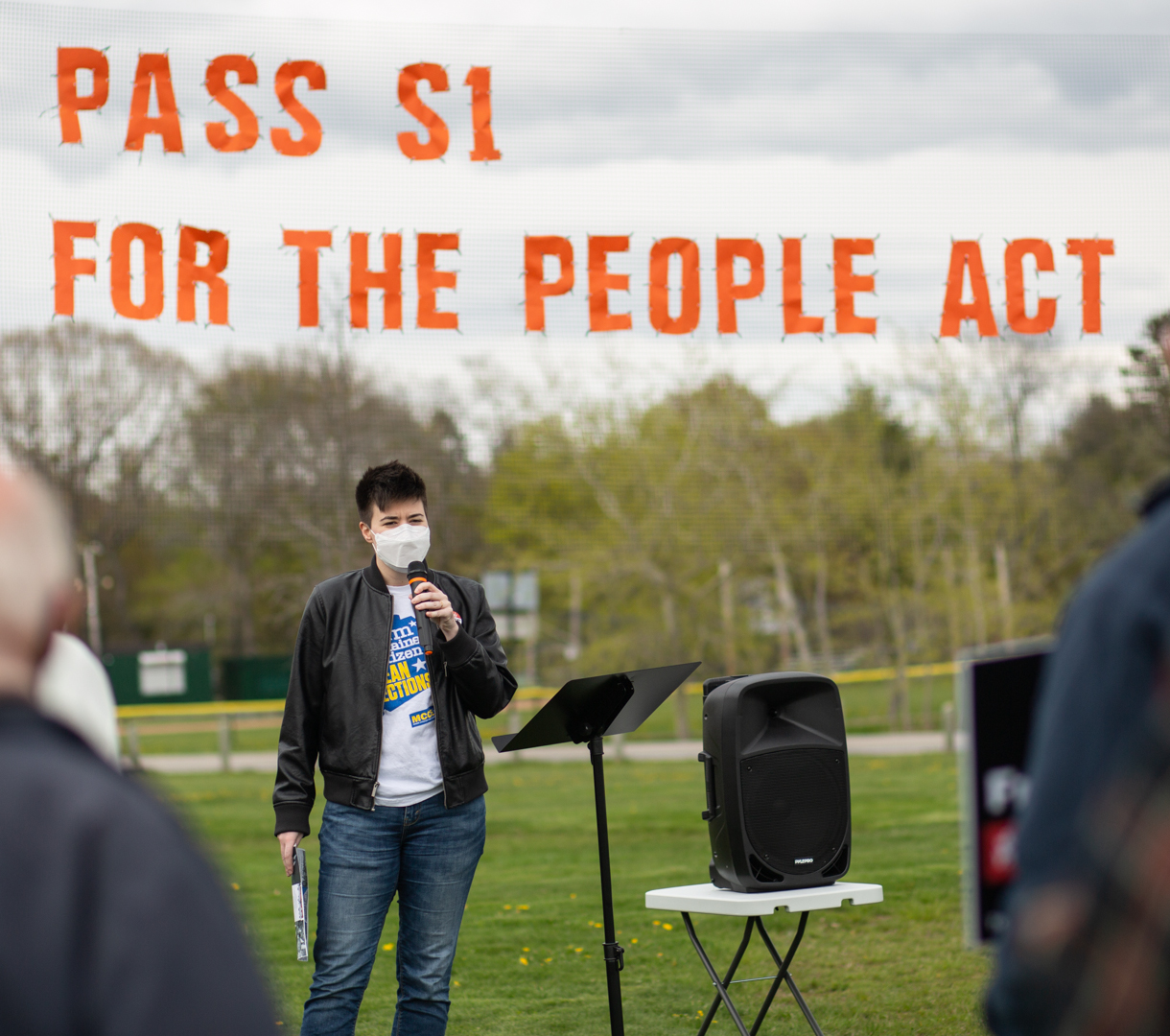 Throughout 2021, we've campaigned to pass the For the People Act, which passed in the U.S. House, but has struggled to clear the hurdles in the U.S. Senate. The bill would be a once-in-a-generation democracy reform package to clean up our political system, get big money out of politics, hold elected officials accountable for corruption, expand and protect voting rights, and create a democracy that values the voices of all Americans.

In order to #FinishTheJob and pass necessary voter reform this year, Senators released new bill language in hopes of garnering bi-partisan support. The new bill, the Freedom to Vote Act, will fix a number of inequitable voter laws and expand ballot access for all Americans.

Now is the time to contact Senator Angus King and Senator Susan Collins and ask them to support the Freedom to Vote Act. We've made it easy. You can use our look-up form below to find your Senator's contact information and send them a letter that we have already provided. It only takes a few minutes.

Use this form below to email your Senators.

It only takes a few minutes! Urge them to support the new Senate bill, the Freedom to Vote Act. You can use the sample letter provided in this form or feel free to alter the letter to include your own statement.

Let us know what you hear back from your legislators!