New Report On The State Of Our Democracy

[PORTLAND, ME] – After a tumultuous year in American politics, Democracy Maine releases the second edition of their report, State of Maine Democracy, that assesses the health of the state’s government and democracy. The first edition was released in April 2020, just after the first wave of the COVID-19 pandemic. 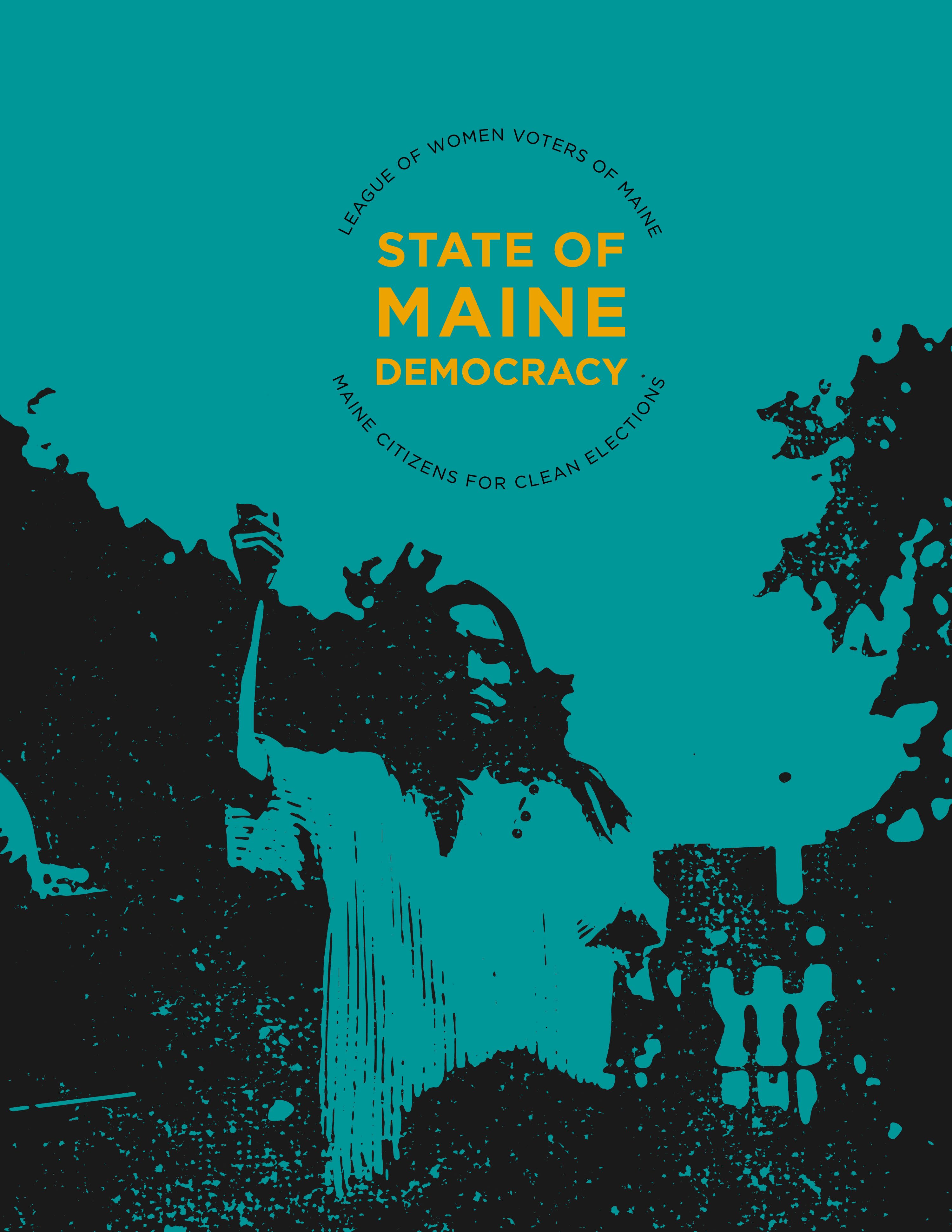 This report offers a broad and objective perspective on Maine’s democracy in several selected areas, including the effect of poverty on voter turnout, voting rights and barriers to voting, election methods, conduct of elections, money in politics, newspapers and media access, and more.

In each chapter, key indicators study whether certain trends in Maine are positive or negative. Where possible, the report compares Maine with other states to provide a larger context.

“Overall, we find that Maine ranks high as a democratically governed state, and we should be justifiably proud of our record,” said Anna Kellar, Executive Director of the League of Women Voters and Maine Citizens for Clean Elections, “But there are still some areas that bear watching or where we need to improve.”

This report examines and assesses the state of democracy in Maine using publicly-available data, published reports, and research conducted by Democracy Maine, a collaboration between the League of Women Voters of Maine (LWVME) and Maine Citizens for Clean Elections (MCCE).

Democracy Maine is offering an online discussion, open to the public, of the report on Thursday, April 8 at noon.

WHAT PEOPLE ARE SAYING:

“The indicators in this report jump off the page. It’s a resource treasure for all Maine citizens.”
— Richard Rosen, former State Senator, former commissioner of the Maine Department of Administrative and Financial Services (DAFS), currently Vice President for Financial and Institutional Services at Maine Maritime Academy

"History underscores a democracy's unparalleled contribution to human liberty and personal fulfillment. However, the past also reminds us how fragile and difficult building and sustaining this political system can be. Maintenance requires rigorous inventory and examination. This insightful and accessible report holds up a mirror to Maine citizens of our state's strengths in manifesting a vibrant democracy - and the crucial areas that require improvement."
— Glenn Cummings, former Speaker of the Maine House and Deputy Assistant Secretary, US Department of Education, under President Obama, currently President of USM.

“Thank you, Democracy Maine, for providing such an impressive and easily accessible assessment of the state of our democracy in Maine. From measuring the influence of outside money in our elections to the percentage of eligible Maine voters who cast ballots, the report takes a comprehensive look at the underpinnings of our democracy and offers helpful  suggestions about how we can make it even stronger going forward.”
— Peggy Rotundo, former Maine State Representative, currently Director of Strategic and Policy Initiatives at Bates College