The League of Women Voters has fought since 1920 to improve our government and engage our communities in the decisions that impact our lives. The League operates at national, state, and local levels through more than 800 state and local Leagues in all 50 states, as well DC, the Virgin Islands, and Hong Kong.

Formed from the movement that secured the right to vote for women, the centerpiece of the League's efforts remains to expand participation and give political voice to all Americans. Our work is grounded in our respected history of making democracy work for all.

Learn more about our history

Our Mission and Roles

The League of Women Voters of Maine is a nonpartisan political organization that encourages informed and active participation in government, works to increase understanding of major public policy issues, and influences public policy through education and advocacy. We never support or oppose any political party or candidate.

Learn more about our work here in Maine.

The League of Women Voters of Maine conducts action and advocacy as a nonprofit 501(c)(4) corporation.

To conduct our voter engagement and citizen information activities, we use funds from the League of Women Voters of Maine Education Fund, which is a 501(c)(3) corporation, a nonprofit educational organization.

Learn more about the Education Fund 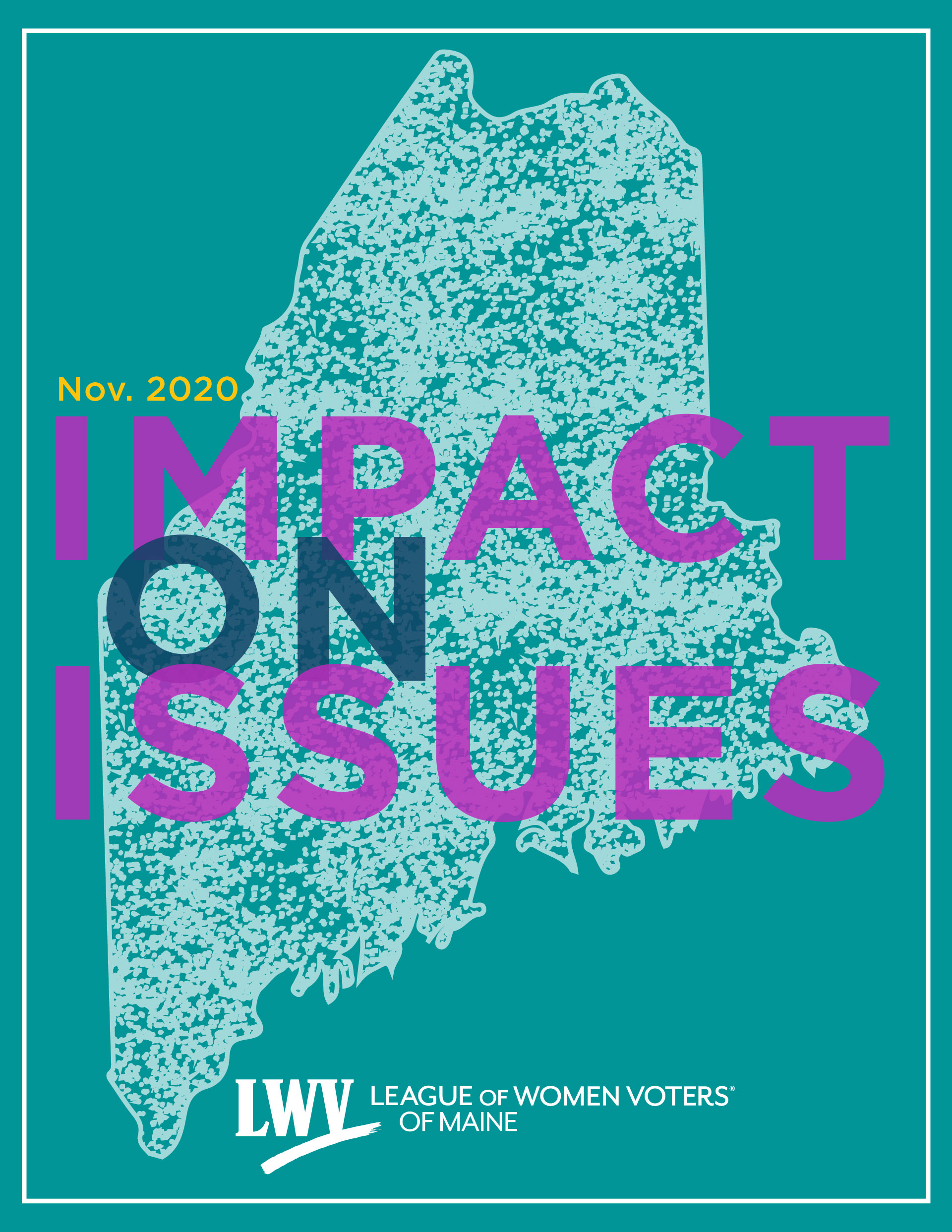 Our Impact on Issues briefly traces significant actions and achievements of the League of Women Voters of Maine, includes the official statements of positions that formed the basis for action, and describes the League's current priorities.

As Democracy Maine, we work together and with other partners to make government more equitable, inclusive, and accessible by improving elections, protecting and engaging voters, and reducing the influence of private money in politics. Through fiscal sponsorships and other partnerships, Democracy Maine serves as an home for emerging organizations (such as the Maine Immigrant Housing Coalition), temporary collaborations (such as the Maine Suffrage Centennial Collaborative), and democracy reform campaigns (such as Fair Elections Portland). Democracy Maine was also the founding convener of Mainers for Modern Elections and remains a leader within that coalition.

Join LWVME and be directly involved in shaping important issues to keep our communities strong.

We have members and local chapters throughout the state of Maine.

Learn more about our national affiliate, the League of Women Voters of the U.S., and our sister Leagues around the country.