How does Ranked Choice Voting work?

Why should I rank my vote?

How do I avoid mistakes on my ballot? 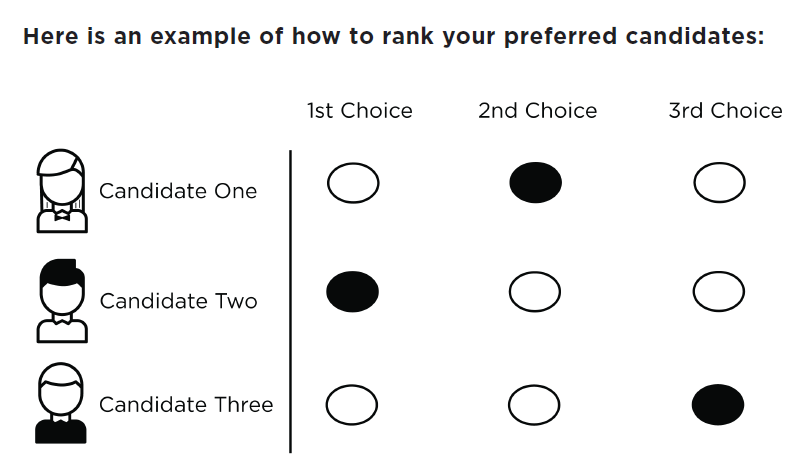 In this example, Candidate Two is the 1st choice, and the bubble next to this has been filled in. Candidate One is the 2nd Choice. Candidate Three is the 3rd Choice.

If you are certain of your top choice and only want to vote for Candidate Two, then you only have to fill in the "1st Choice" bubble. You may leave the rest blank.

If you only wanted to rank 2 out of the 3 candidates, then you would fill in the bubbles for "1st Choice" and "2nd Choice" but you may leave "3rd Choice" blank.

What's on your ballot?

How to vote in Maine