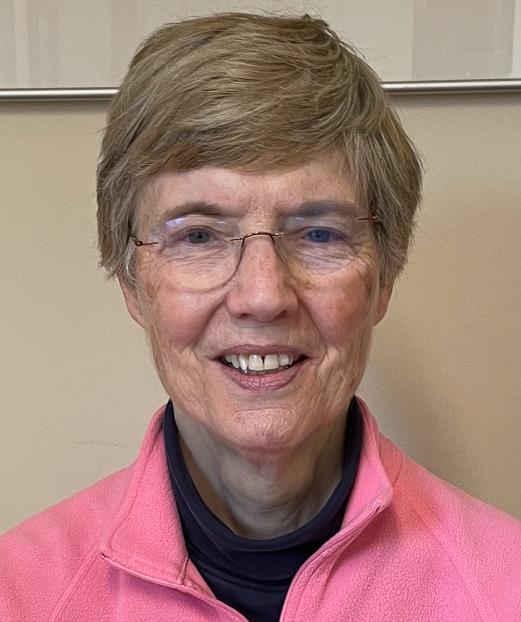 The 2022 Emily Farley Fund Award goes to a League member who has demonstrated a strong commitment to the organization, active participation in its events, and leadership. I’m thrilled to tell you more about this year’s winner, and my long-time friend, Polly Ward.

To write this tribute, I asked the people who have worked most closely with her to comment on her strengths and achievements.

Anne Schink, League leader and member since the 1950s, says:

At the very start of efforts to renew the Portland League, Polly stepped to the forefront and the work began. During 2013-14, I worked with her on the bylaws and was so impressed with her commitment and knowledge. Polly kept us grounded and focused.

No less impressed is Valerie Kelly, an active and founding member from Peaks Island:

Polly’s energetic efforts to get us all up to speed on ranked-choice voting were one of the highlights and the efforts clearly paid off, with Portland getting ahead of the rest of the state. I'm delighted that Polly is going to be the award recipient this year; much deserved and long overdue.

Peg Balano, the current President of the Portland Area League, comments on Polly’s work in forming the Council of Local Leaders:

Polly was so helpful in the design of the Council of Local Leaders, interviewing local Leagues about their needs and wants.  We miss her energy and perspective.

Serving alongside me as Vice President for three terms, Polly’s constant and steady presence has helped to guide the Maine League through a period of unprecedented growth. I am so grateful for her many contributions… .not the least of which has been at the helm of the Governance Committee. But what makes Polly so effective is that her no-nonsense, get-things-done attitude is matched with a profound ability to listen to others and to include them in the work.

Possibly the greatest organizational challenge was chairing the group that rewrote our state bylaws when MCCE and the League joined forces. Just keeping straight our countless changes in successive drafts was a big deal. But I most appreciate that Polly had endless patience with her less-organized, less-diligent, flakier colleagues.

I’ll end with comments from two more fans who, like Polly, don’t mind diving into spreadsheets and financial data:

Never in my career have I worked with a committee chair as organized, composed and persistent as Polly. She gets things done with grace and determination.

Ann Luther, State Board Treasurer, and true all arounder!

Polly is the Queen of Accountability -- an absolute Rock of Responsibility. When the thing is in Polly's hands, you just KNOW it will get done right. You always want Polly at your side, don't you?

We are in awe of and grateful to Polly for being who she is, sharing her talents and achieving so much.