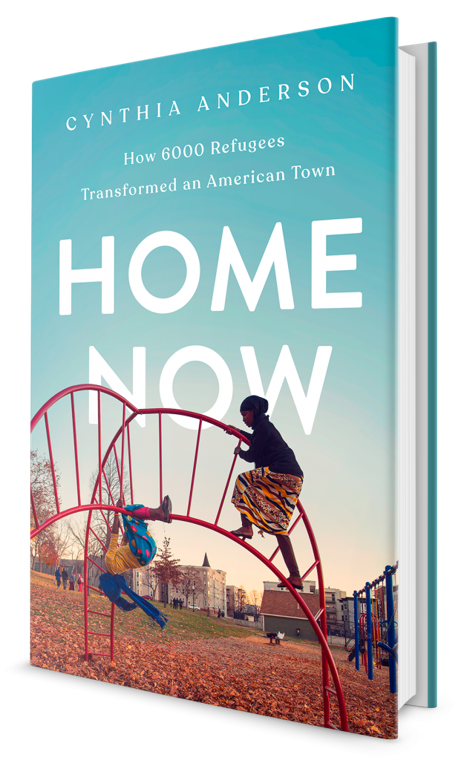 Like so many American factory towns, Lewiston, Maine, thrived until its mill jobs disappeared and the young began leaving. But then the story unexpectedly veered: over the course of fifteen years, the city became home to thousands of African immigrants and, along the way, turned into one of the most Muslim towns in the US. Now about 6,000 of Lewiston's 36,000 inhabitants are refugees and asylum seekers, many of them Somali.

Check out the book from your local library!

Join the Portland Area League for our first book discussion of the new year. We will read and discuss Home Now by local Mainer, Cynthia Anderson. Cynthia Anderson tells the story of this fractious yet resilient city near where she grew up, offering the unfolding drama of a community's reinvention — and humanizing some of the defining political issues in America today. [Synopsis from Goodreads.com]