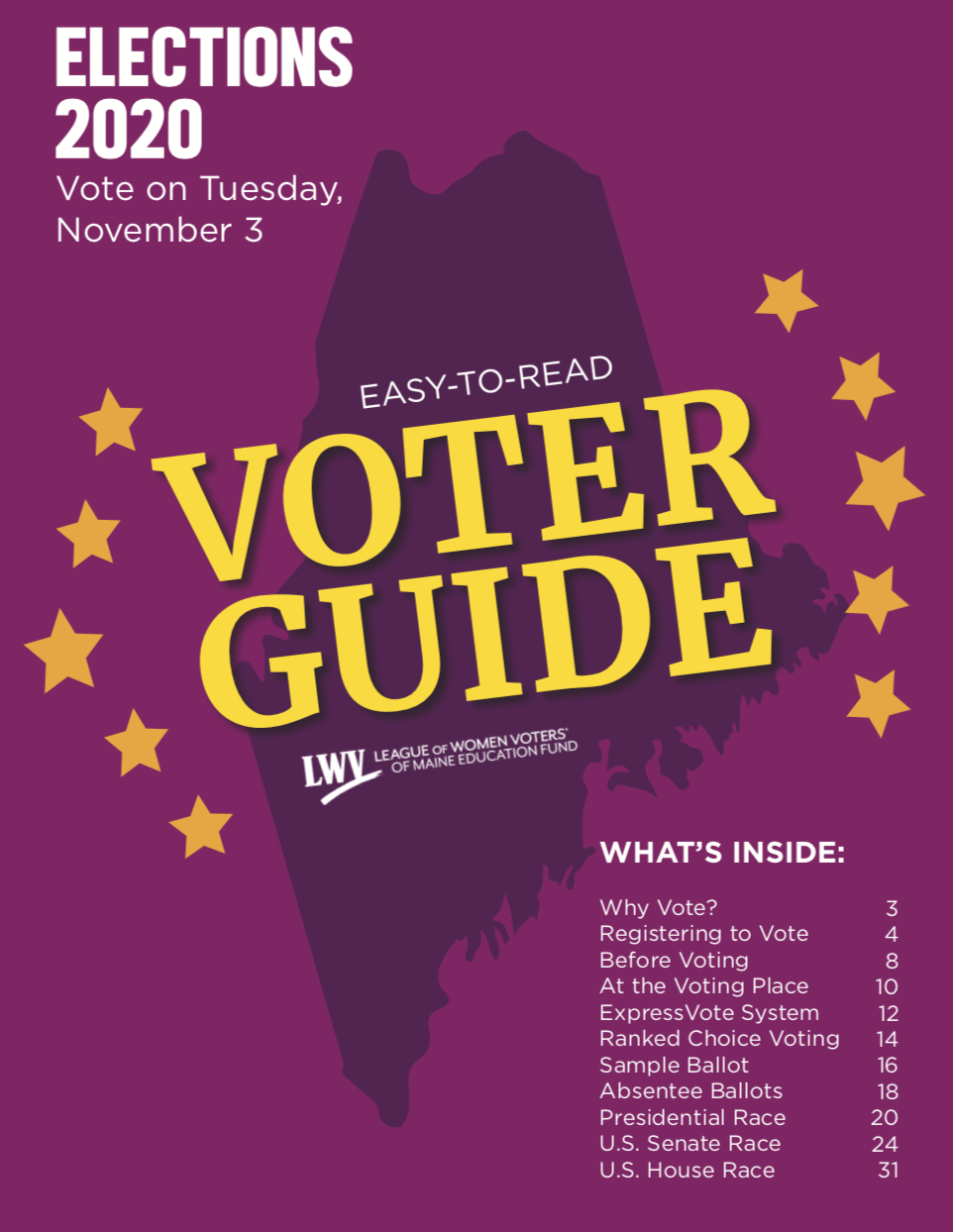 This information is nonpartisan. This means that the information in this guide does not support or oppose any candidate or political party. All candidate statements are provided by the candidates and are not edited or changed in any way by the League of Women Voters of Maine Education Fund. Candidate statements or explanations of any ballot questions included here do not represent the views of the League or any of our distribution partners, including any schools, libraries, nonprofit organizations, or agencies.

More from the archive:

Everything you need to know about voting in Maine, including voter eligibility, registering to vote, absentee ballots, and more. All in an easy-to-read format.

How A Bill Becomes A Law

This Is Your Legislature