How Does it Work? History of RCV in Maine Municipal RCV Where Else is RCV Used?

How Does it Work? 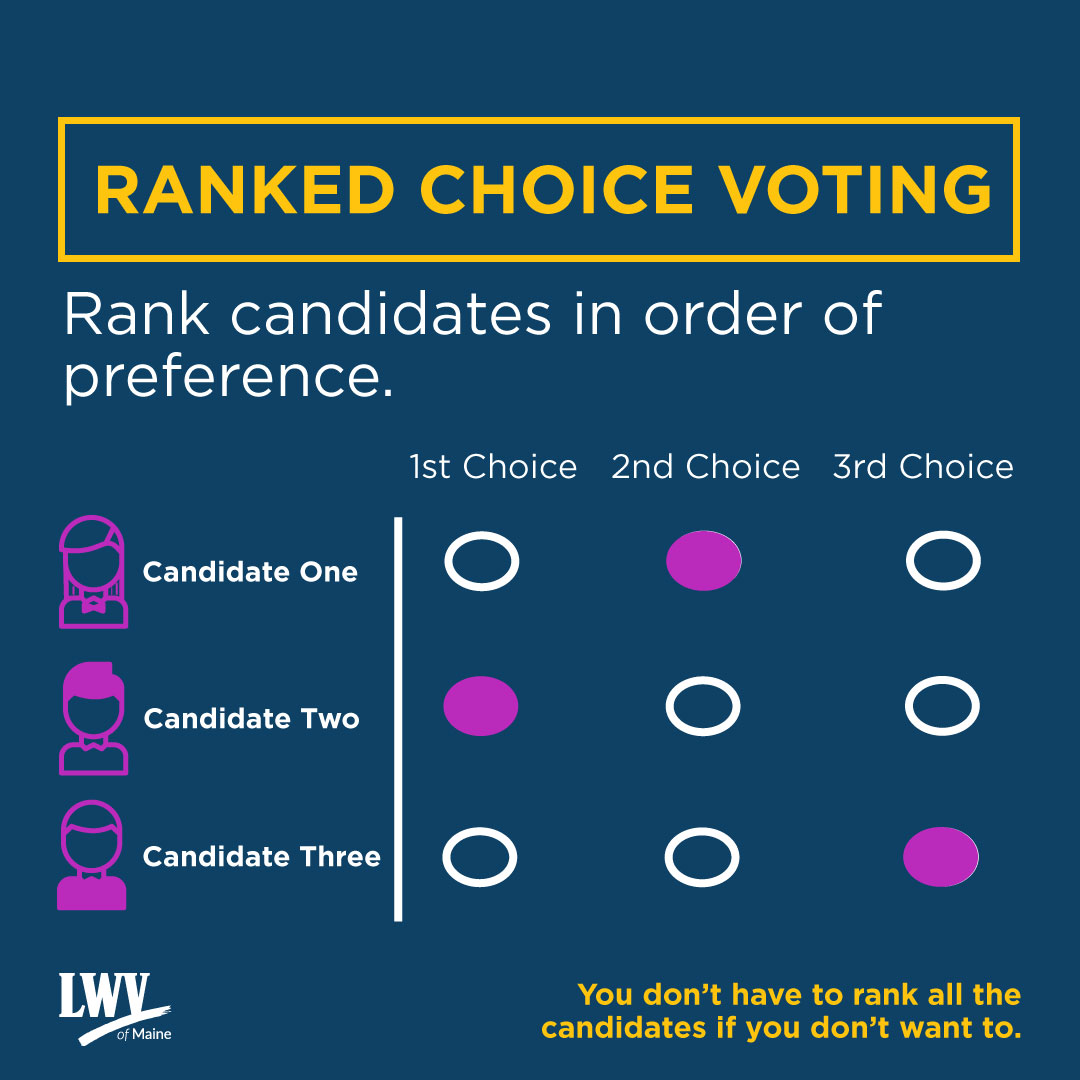 History of RCV in Maine 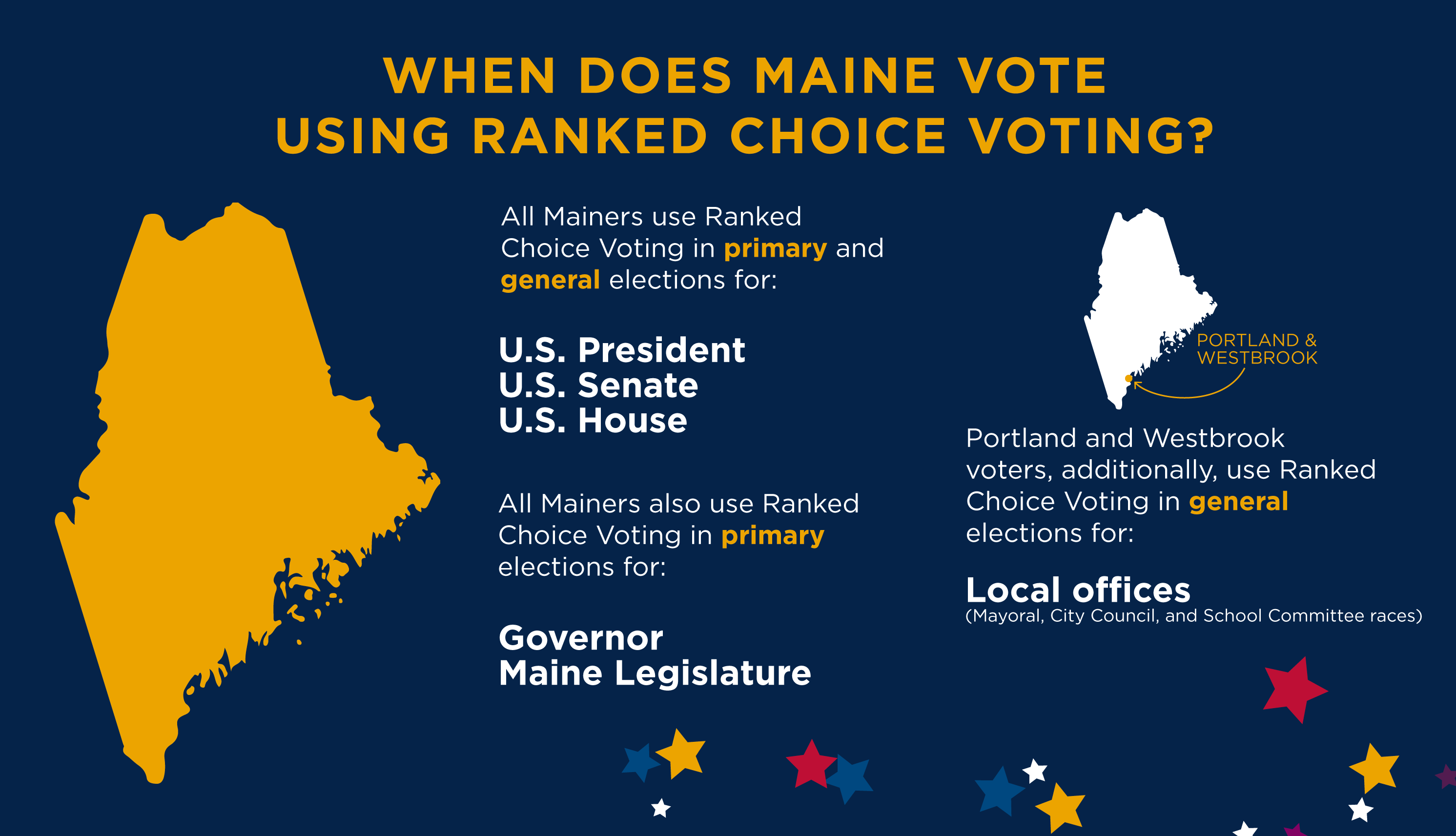 First-past-the-post, or plurality voting, works well when there are only two candidates because one of them is guaranteed to win with majority support. But three- and four-way races among competitive candidates are common in Maine and can lead to results where the winner fails to receive a majority of the votes cast (50% + 1). Dating back to 1974, the winner has failed to receive a majority vote in 9 of the last 11 gubernatorial elections in Maine. In 5 of those races, the elections were won with less than 40 percent support. Given the frequency with which this was happening in Maine elections, the League of Women Voters of Maine convened a study in 2008 to consider alternative voting systems. That study concluded in 2011 with an endorsement of ranked choice voting as the best way to ensure a majority vote in competitive, single-seat, multi-candidate elections.

Much of the time, there's a clear winner in the first round of counting, but the 2018 race for U.S. Congress in District 2 went through an RCV count. Here's official information from the Secretary of State. Ranked choice voting was also used in the Democratic primary elections for governor and the 2nd Congressional District representative. Tabulation for these and other races can be found on the Secretary of State’s website.

Read more about the legislative and legal history.

Governor Mills has signed LD 859, An Act To Give Municipalities More Options in Municipal Elections, into law.

The League of Women Voters of Maine has endorsed Ranked Choice Voting since 2011 — after we convened a three year study on the pros and cons of RCV. We concluded RCV is the best way to ensure a majority vote in competitive, single-seat, multi-candidate elections.

Adopt RCV in Your Town: Last fall, the League assisted in a successful citizen initiative to bring Ranked Choice Voting to Westbrook for municipal elections. This inspired us to write a guide on how any Maine resident could lead a citizen initiative to adopt municipal RCV in their town. Look for our new publication coming summer 2022.

Get Updates: Want to receive updates on how you can bring Ranked Choice Voting to your city/town? Click here to receive notifications about our upcoming RCV guide and more!

Where Else is RCV Used?

Read more about who uses RCV.